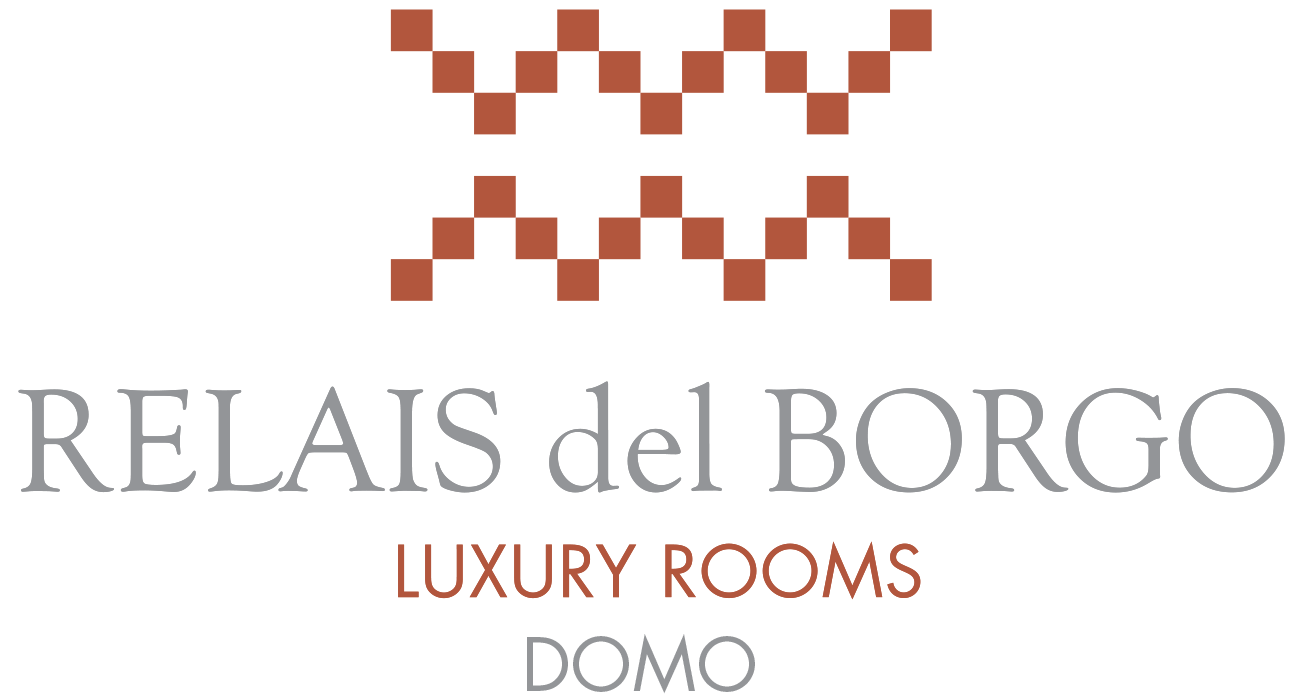 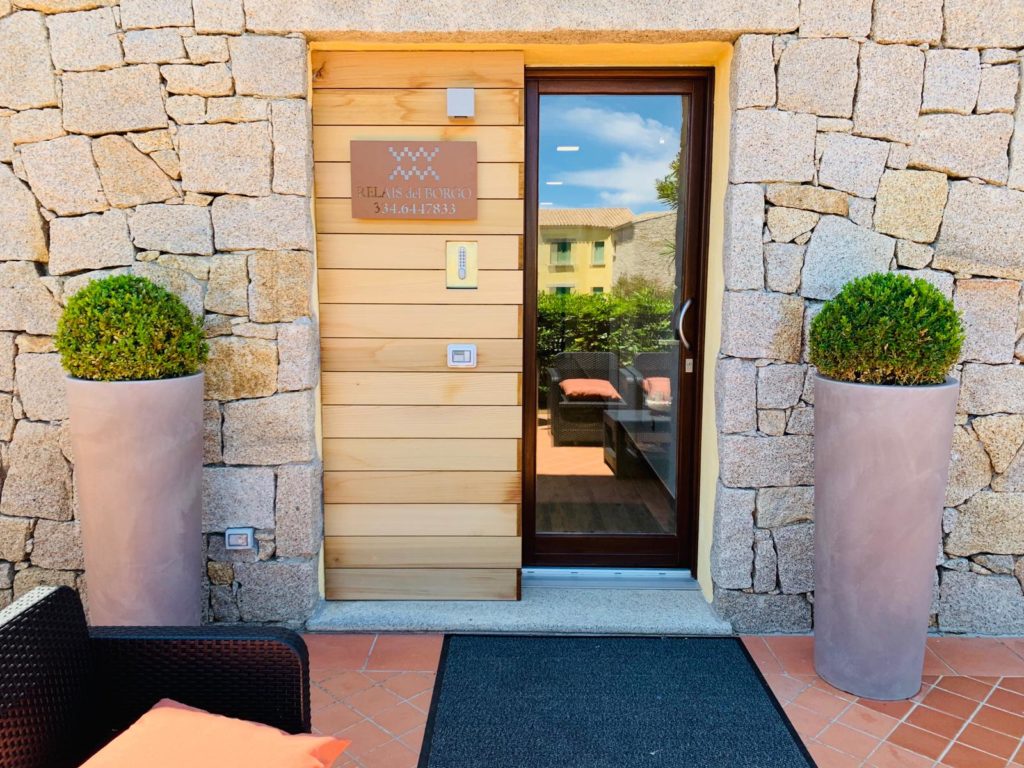 The owner’s grand passion for welcoming guests is the foundation of the RELAIS del BORGO. The group is already a key player in residential healthcare facilities and, choosing to diversify, took on the new challenge of the niche non-hotel sector. In love with this part of Italy – which faces onto the stunning Tavolara Island – they selected Porto San Paolo as the location. This seaside village stands out for the range of available services and for being a modern tourist port hidden among its green surroundings. Furthermore, it is close to the magnificent city of Olbia, widely considered to be the gateway to Sardinia. Olbia’s proximity to the Costa Smeralda, Port and Airport generates a record number of visitors every year. 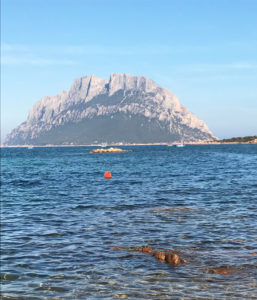 The Relais del Borgo is located within a residence known as the “Borgo di Porto San Paolo”, in Porto San Paolo’s centre, just 400 metres from the sea.

TS EXCEPTIONAL LOCATION ALLOWS VISITORS TO REACH TAVOLARA ISLAND IN JUST 15 MINUTES. DURING PEAK SEASON THE BOATS DEPART FROM THE NEARBY DOCK EVERY 30 MINUTES. 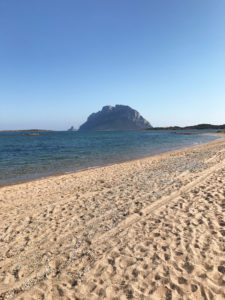 Porto San Paolo is one larger area made up of two main centres which share characteristics with a selection of small hamlets and their quaint shepherds’ hut-style buildings. The Loiri hamlet, the Porto San Paolo seaside village and a myriad of neighbourhoods in the surrounding Mediterranean greenscape have been recognised as a single municipality since 1979.

A majestic olive tree, hundreds of years old, stands ready to welcome visitors into Loiri. There are 3,500 habitants in this “municipal capital”, which sits amid low hills approximately 15km from the shore. Holiday accommodation, services and the seaside town’s modern tourist port draw in 15,000 visitors during summer. Legend has it that Paul the Apostle touched down here millennia ago, before going to live as a hermit deep in the Gallura region. Loiri Porto San Paolo is precisely half way between Olbia and San Teodoro, with which it shares 15,000 hectares of sea and 40km of coastline in the Capo Coda Cavallo marine area. Cala Ghjlgolu is the symbol of this shoreline, shimmering amid the turquoise seas, ochre sands and, most notably, the famous granite rock that, after millennia of exposure to the elements, has been eroded into the shape of a turtle. It is one of the most photographed rocks in Sardinia. Daily connections depart Porto San Paolo, allowing tourists to reach the marvels of majestic Tavolara and the smaller islands Molara, Molarotto, Piana andIsola dei Cavalli. During the famous Tavolara film festival Una notte in Italia (One Night in Italy), you may well find yourself accompanied by prominent actors and directors on the journey between Porto San Paolo and the island. Another unmissable event is the seaside fair. Eight churches are scattered among the small towns and villages, and two are particularly noteworthy. The Church of Santa Giusta sits in the neighbourhood of the same name and was the first centre, in medieval times, of what would later become the municipality it is today. In Loiri, the San Nicola di Bari Parish Church is famous for it exposed granite facade and architrave portal, including a bas-relief that depicts a scene from that Saint’s life. These places of worship are associated with patron saints’ celebrations at which the Choir of Loiri performs. Saint Nicholas takes place at the end of August and Saint Anthony of Padua in mid June. The first sporadic traces of human settlers on the land are from the Neolithic period. The civilisations that followed were far more densely populated and, on a hill near Loiri, you will see ruins from the Nuragic era. The settlements continued in this area and in the Enas hamlet throughout the Punic-Roman era.

Take a tour of

GO TO THE TOUR! 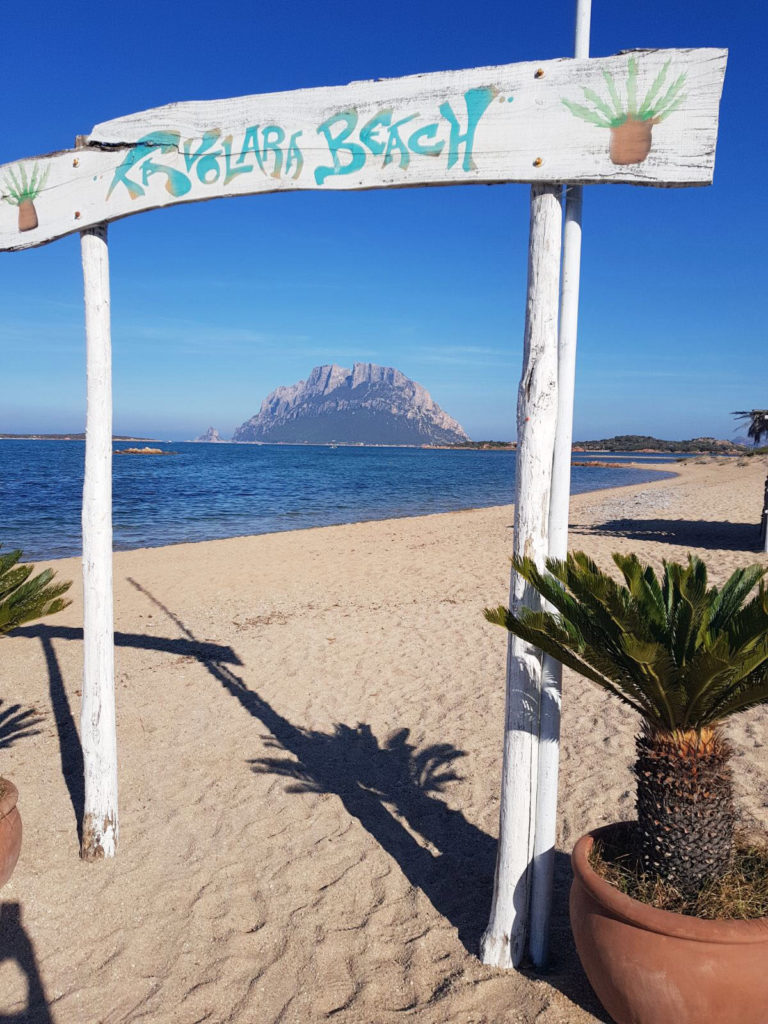 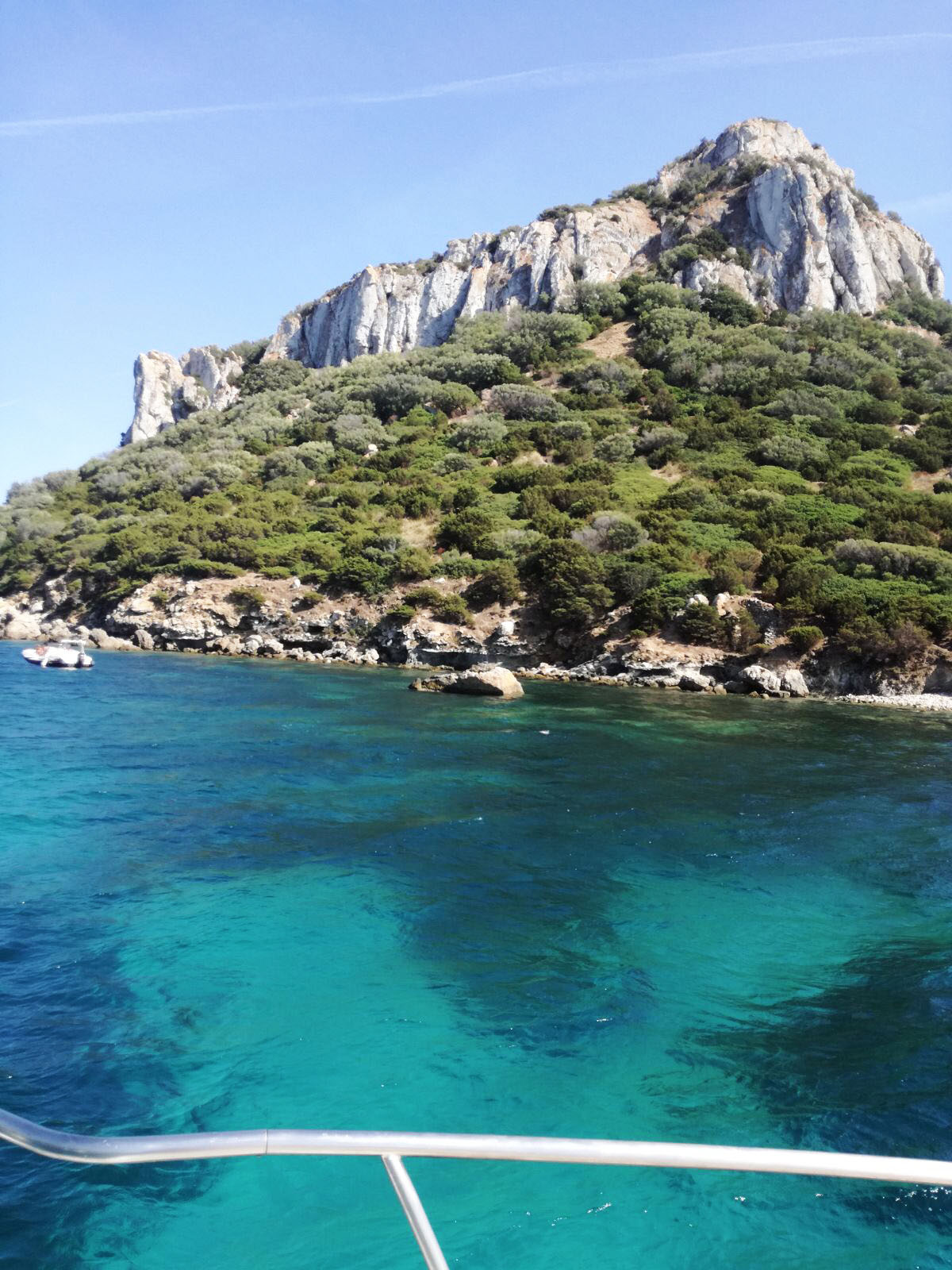 Dear Friends of Porto San Paolo Summer Here is the program .. 🙂 .. Good Summer Together with Us 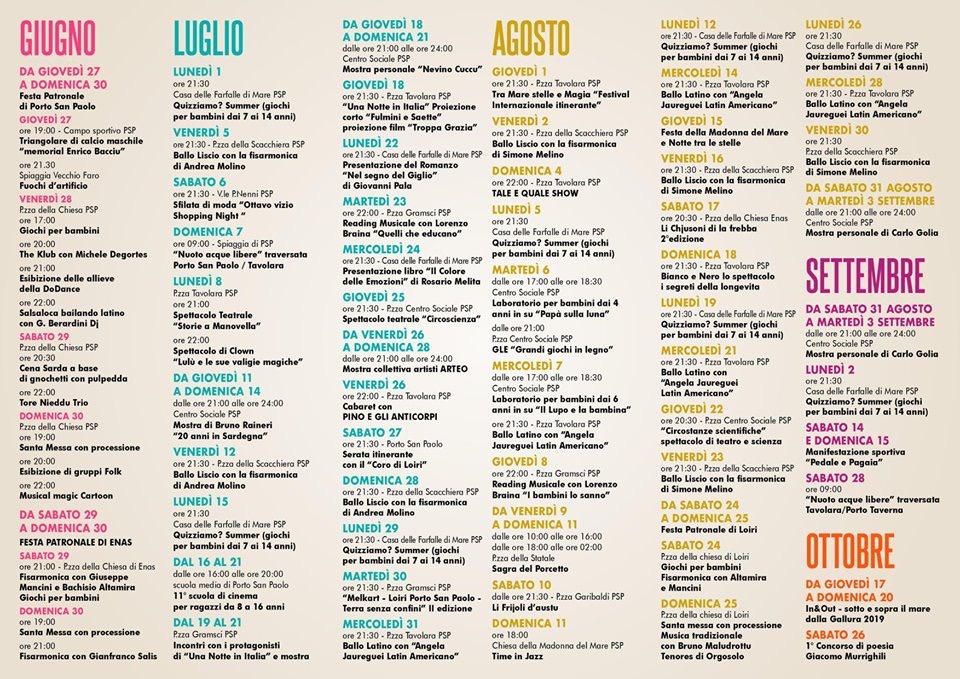